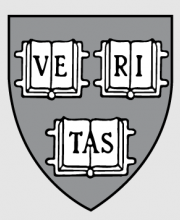 The excavations of Tel Nami and its environs, in Israel, exhibit contacts with the eastern Mediterranean, Cyprus, coastal Syria, coastal Anatolia, coastal Egypt, Crete and the Aegean and during two main periods in the 2nd Millennium BC, the Middle Bronze Ila and the Late Bronze Ilb periods. Its curious position, between Dor and Athlit, barely 4 kms west of the Carmel Ridge, initiated a new outlook at the East West route, from sea to the desert, during the site's duration. During the later part of the 13th century BCE Nami served as a meeting point of the maritime routes and the terrestrial passage, via Megiddo and Beth Shean, to Trans-Jordan (Sa'idiyah, Umeiri?) and beyond thus replacing, for a short time, Tell Abu-Hawam and the North Carmel route. The limited agricultural hinterland accentuates Nami's use as an entrepôt to sites further afield. Likely contacts to Ras Shamra-Ugarit, Cyprus and the Hittites as their gateway to Megiddo following the "Peace of Kadesh" is borne out by the northern orientation of the material goods. The international nature of the inhabitants or frequenters of the site is suggested by remains found in the confines of a necropolis and multi-cultural cultic area in which traces of metal re-cycling were detected. Metal ingots found in the sea in the vicinity of the site and an unusual large number of incense burning paraphernalia, metal and ceramic, point to economic pursuits in the site. A publication of Late Bronze IIb Nami in Studies in Mediterranean Archaeology would present data from a coastal site in which "East-West" connections are well established. The 13th century, a period of wide dispersion, interconnections and cultural interactions at the end of the Bronze International Age and its enigmatic finale is well represented on the site and would be of use to those interested in "Sea Peoples" migrations and thus Philistine settlement in the southeastern Mediterranean.

Directory of Grantees by Year

Directory of Grants by Area